TOKYO — Workplace disputes involving Japanese employees at U.S. military bases in Japan are protracted due to staffing shortages and people working from home during the coronavirus pandemic, a labor representative told Stars and Stripes recently. .

In recent months, there have been several reports of Japanese workers alleging mistreatment at US bases near Tokyo.

At Camp Zama, the U.S. Army headquarters in Japan near Tokyo, two clerical workers from an aviation battalion filed grievances with the Atsugi Labor Standards Inspection Office in September and December, reported the Yomiuri newspaper on February 5.

They accuse their supervisors of “power bullying,” a type of workplace bullying that often involves someone in a higher position asking lower-ranking employees to do things outside of their job description, causing emotional or physical harm.

In December, the Tokyo District Court ordered the Japanese government to pay $4,840 to a Japanese worker at Naval Air Facility Atsugi to settle her claim of “verbal abuse and other forms of harassment” by her American supervisor, the report reported. The Mainichi newspaper on December 14.

The court ruled that Japan is liable when the US military violates its worker safety obligations because the military is exempt from civil jurisdiction under customary international law, according to the report.

Steady turnover of U.S. cadres and a shortage of Japanese staff officers experienced in handling such cases are slowing the resolution of workplace complaints, Japan Garrison Forces Union President Satohiro Konya said. to Stars and Stripes during an online interview on February 9.

The union represents about 25,000 Japanese workers at US bases and another 15,000 workers nationwide.

Most issues are resolved at the local level, often just by talking, and few reach the national union, Konya said.

The union hasn’t noted an increase in disputes involving rank-and-file workers, but there are pandemic-related issues, Konya said. 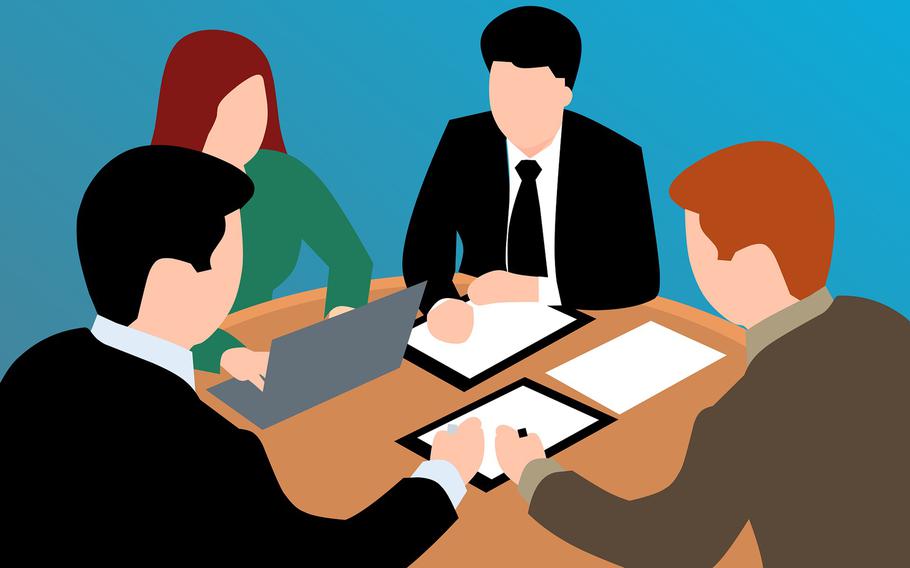 Some complaints are exacerbated because many employees are telecommuting, he said. For example, it may be more difficult for workers to schedule face-to-face meetings to discuss issues because staff may not be in their offices.

This can lead to miscommunication, he said. Something that is considered harassment in the United States may not be subject to Japanese regulations.

“There are differences in perspective,” he said.

Talks involving all three parties would be helpful, and even informal talks and more interaction would also help, especially to build trust, Konya said.

Unfortunately, too few Japanese government staff officers have experience with the US military, Konya said.

“There were cases which could have been less complicated if advice had been given at an earlier stage,” he said.

The transfer of administrative work related to the management of workers from Japanese bases of local governments to a national organization has resulted in fewer staff dealing with personnel matters, Konya said. National government downsizing due to reforms has also led to staff shortages.

A suitable work environment is an important part of the mission of U.S. forces in Japan, a Japanese Defense Ministry spokeswoman said Feb. 16. Japanese government spokespersons usually speak to the media on condition of anonymity.

“Based on such thinking, the Ministry of Defense has worked to resolve the issues appropriately, as we have had many discussions between Japan and the United States to ensure an appropriate working environment and the job stability for workers,” the spokeswoman said.

Building a relationship of mutual trust between U.S. forces, Japanese employees and the Japanese government is important so that issues can be resolved quickly and management can be streamlined, the spokeswoman said.

“We are currently coordinating to be able to hold talks between the three parties,” she said.

Workers at the Japanese base are enabling the day-to-day operations necessary to keep Japan safe, U.S. Forces Japan spokesman Maj. Thomas Barger said in a May 23 email. February at Stars and Stripes.

“Japanese employees at U.S. installations throughout Japan are critical to overall mission success and are often the first ‘ambassadors’ to Japan encountered by U.S. service members and their families stationed in Japan,” he said. “As essential and valued members of the U.S.-Japan alliance team, we remain committed to working together to ensure that all concerns are heard and appropriately resolved.”